Hi Fly President Paulo Mirpuri addressed the Mediterranean Science Commission (CIESM) on the final day of its 42nd International Congress in Cascais, Portugal, with the presence of HSH Prince Albert II of Monaco.

Paulo Mirpuri joined a panel of academics to discuss ‘Ocean and Human Health’ in front of an audience of interested 250 delegates. Hi Fly President presentation started by describing the plastic age that we are living in, the dangers of microplastics to human health and the consequences of prenatal exposure to plasticizers, and how the single use plastics affect the aviation industry. 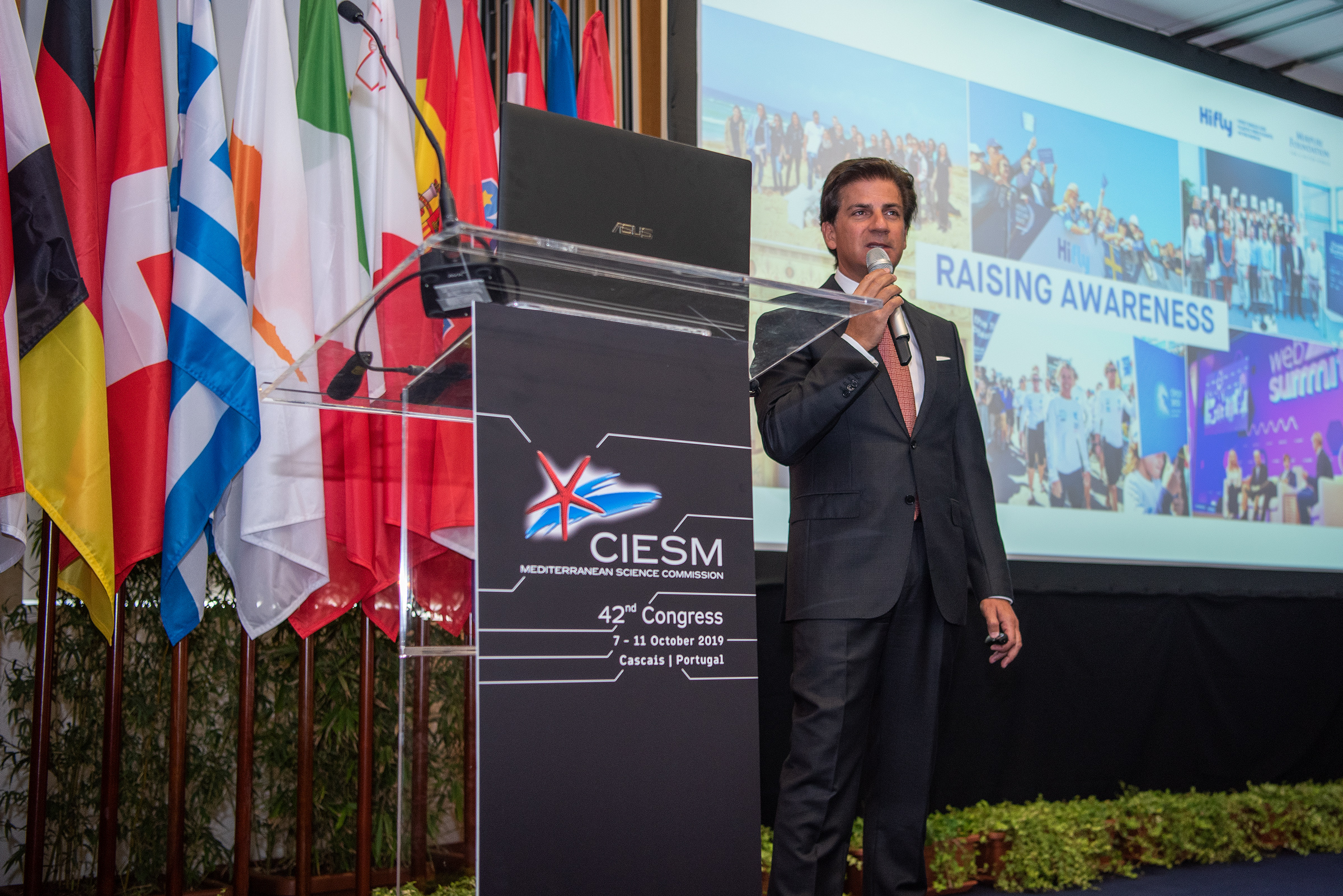 Paulo Mirpuri strongly defended that “if we are the problem we have to come up with the solution.”

As a leader in aviation industry, Paulo Mirpuri spoke about the global aviation’s impact today, the excessive Cabin Waste and the problem of single use Plastic, and how Hi Fly is tackling this problem, with the help of its principal sustainability partner the Mirpuri Foundation.

Paulo Mirpuri explained how in June 2017 Mirpuri Foundation was announced as the principal sustainability partner of Volvo Ocean Race 2017-18 edition and proudly sponsored the “Turn the Tide on Plastic” boat and racing team, supported by United Nations Environment “Clean Seas” campaign. Mirpuri Foundation then amplified the message of its Volvo Ocean Race “Turn the Tide on Plastic” boat, by painting a Hi Fly Airbus A330 in a similar livery.

Paulo Mirpuri reinforced that Hi Fly is committed to contributing to a more responsible and sustainable planet by fighting against not only plastic pollution but also carbon emissions.

The company is actively implementing and promoting good practices in its business: Hi Fly will be the 1st Airline to turn completely “Plastic free” by 2019 in its own flights, and was 1st Airline to declare that will be carbon neutral by 2021, by the adjustment of operational procedures, new technology (new fleet of A330-900neo) and Carbon Offset Program (under development with Mirpuri Foundation).

Hi Fly is striving to be the first airline in the world to offset all of its carbon-dioxide emissions by the end of 2021. Hi Fly has reduced carbon dioxide emissions through fleet renewal and optimisation of the occupation of its aircraft. The new A330neo has a potential of 25% advantage in fuel burn per seat when compared to previous-generation competitors’ aircraft. 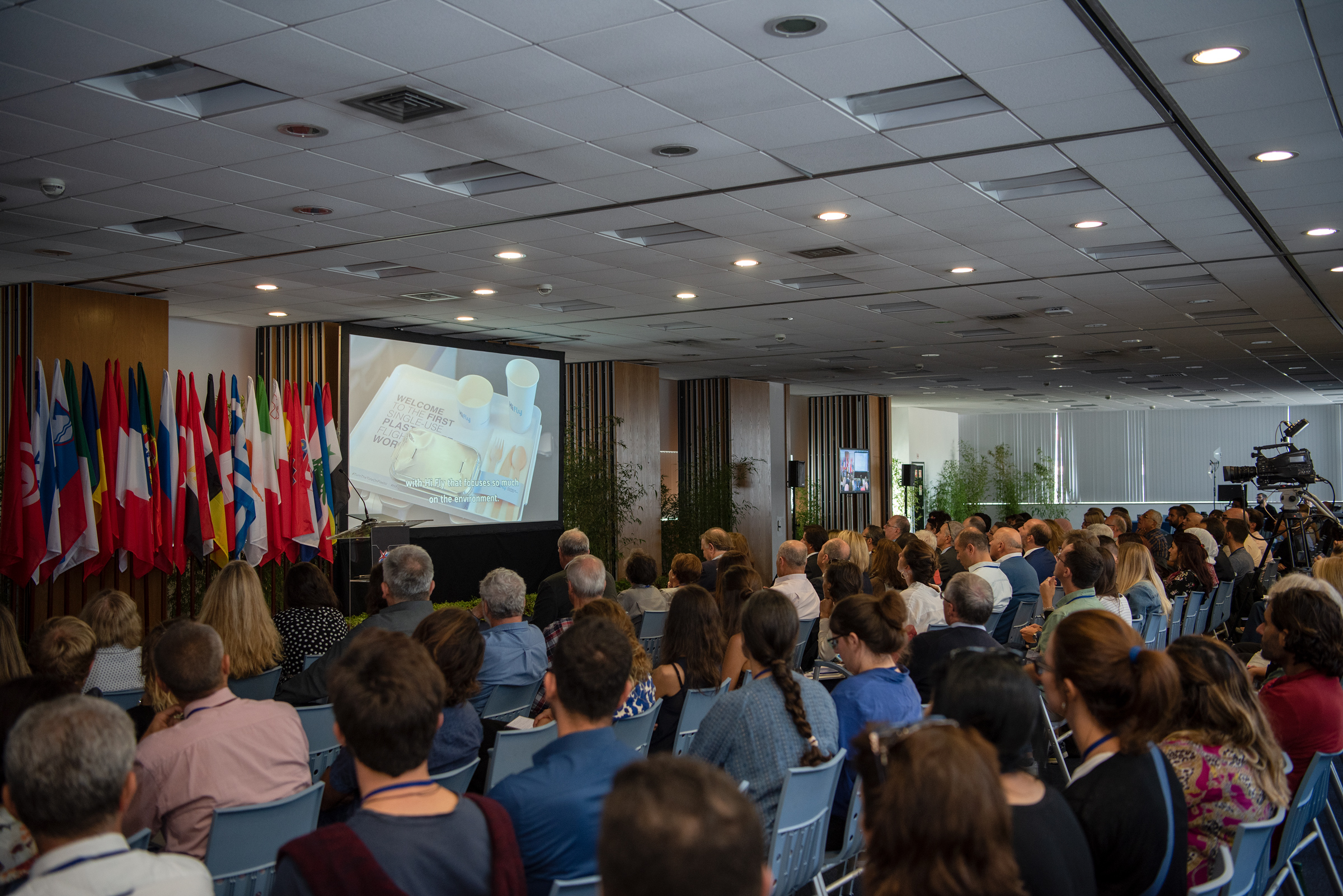 The CIESM, based in Monaco under the chairmanship of Prince Albert II, who also joined the event in Cascais, has grown from the eight founding countries to some 23 member States today. It supports a network of thousands of marine researchers who work hard to better understand, monitor and protect the fast-changing Mediterranean Sea.

With changes in the Mediterranean Sea happening at an unprecedented pace, the CIESM tracks and analyses data on thousands of projects, including the impact of global warming on sea-level and water masses, changes in marine biodiversity and the accumulation of pollutants in marine food chains. It runs workshops, collaborative programs, and regular congresses, to deliver its authoritative, independent advice to national and international agencies. 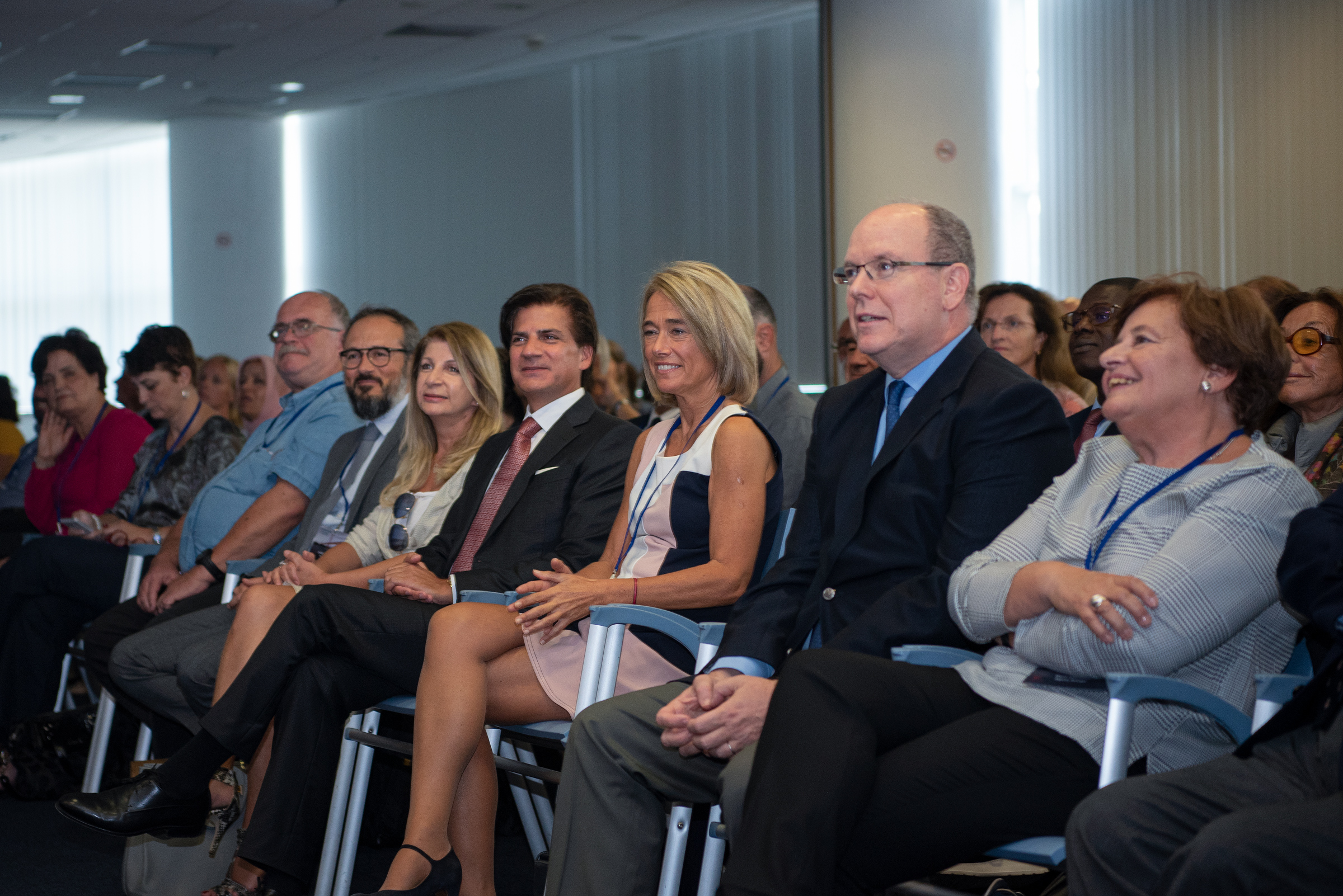