Hi Fly executives were busy clearing a space in the company trophy cabinet this week after collecting two prestigious awards from the respected industry magazine Global Transport Finance, in London.

The award ceremony was presented by Global Transport Finance Editor in Chief Jim Smith, held at the Merchant Taylor’s Hall, in the shadow of the famous ‘Old Lady of Threadneedle Street’ – the Bank of England, also celebrated the 21st year that the magazine had officially recognised successful achievements in the transport industry.

Both awards, The Aircraft Remarketing Deal of the Year Award, and The Daedalus Award, for Returning the A380 to the Skies, were collected on the night, and related to Hi Fly’s successful marketing campaign on the Airbus A380.

Global Transport Finance Editor in Chief Jim Smith, who presented the awards on the night said: “The Hi Fly awards relating to the remarketing of the Airbus A380 were the highlight of the evening.

“Most of the evidence coming back from the industry on the A380 indicated that there was no second-hand market for this aircraft. That it was simply too big and too challenging to succeed in that market.

“Hi Fly has turned that thinking on its head. The remarketing campaign was simply remarkable.

Speaking back in the Hi Fly headquarters in Lisbon after returning from the award ceremonies with the two trophies, Sergio Bagorro said: “It was a great honour for me to represent Hi Fly and to collect these two prestigious awards.

“The credit does not go to me, but to all Hi Fly employees that played a part in the A380 project.

“Sometimes, when we go about our business, it is easy to forget that the whole world is watching us, and in this instance, we should all be proud of our efforts in re-launching the A380 so successfully.”

The phase in of the A380 in 2018 was a major event for Hi Fly, making it only the 4th European airline operating the model, the 14th global operator and the first leasing airline to fly the aircraft.

The aircraft travelled the world decorated in the livery of sustainability partner the Mirpuri Foundation’s campaign to ‘Save the Coral Reefs’ and was the star of the show when it landed at the Farnborough International Airshow in July, attracting thousands of fans.

The livery of the aircraft sees one side of the plane painted in dark blue displaying destroyed corals. This is contrasted with a light blue side representing a pristine ocean with images of colourful and healthy marine life.

Since its phase in, Hi Fly A380 has been used successfully on many different routes including to transport passengers between London and New York, the first time it has been commercially deployed on the iconic route. 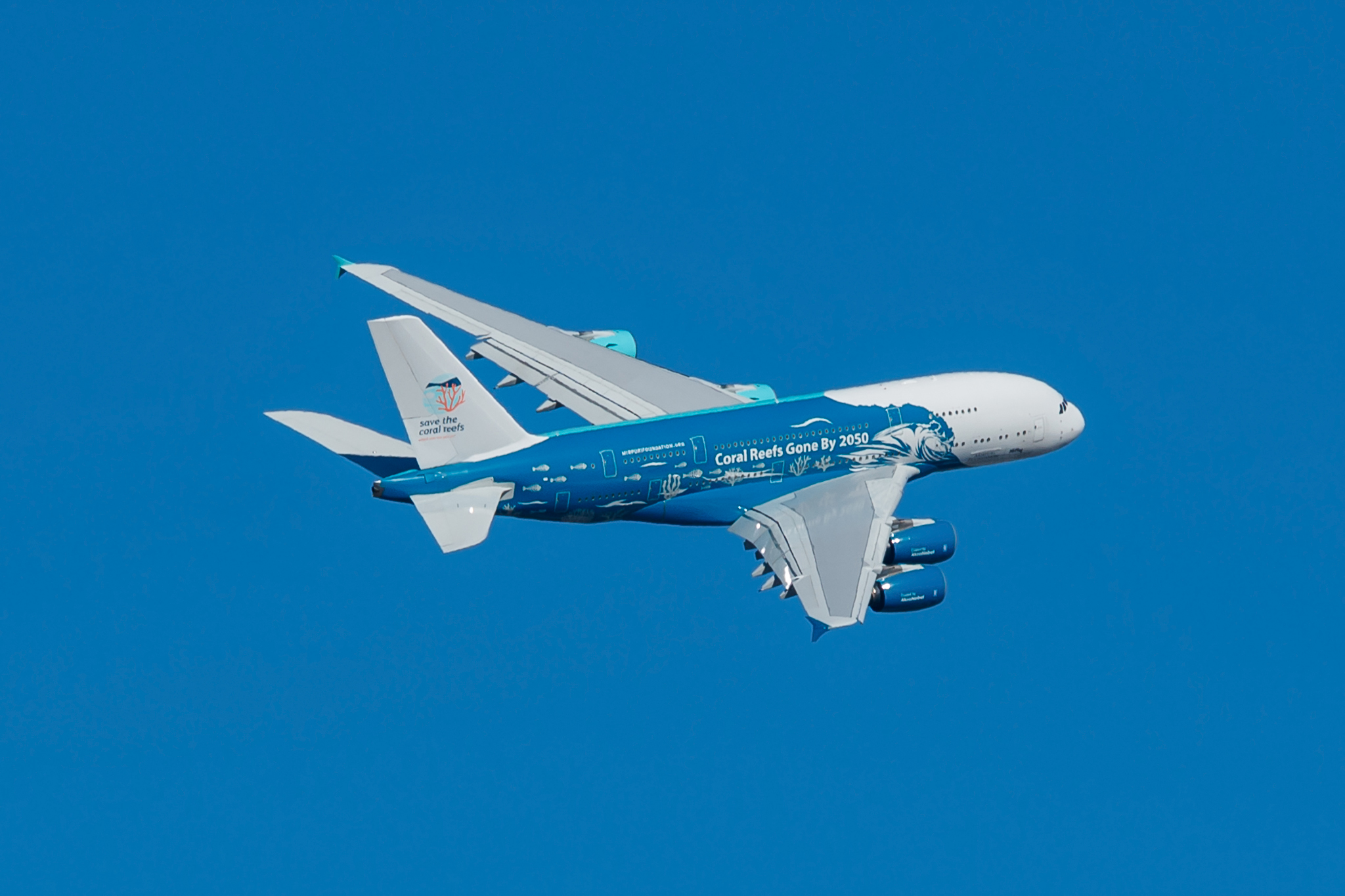